What did this amazing ear doctor have to say?? 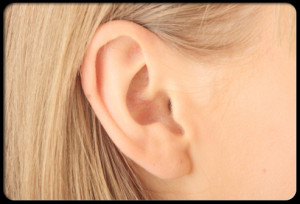 Well, the tests are in. And they do not currently show a problem with my vestibular system, which would be causing vertigo. I’m not sure whether to jump up and down because that is GOOD news, or to be a little frustrated that I still have no answers for the two months of vertigo I experienced. The doctor said that if my vertigo should return, they would like to retest me (Oh, joy!) to see if I score on a larger margin of “abnormal” than I did this time. (Apparently, 17% is not abnormal enough to be considered actually abnormal. Okaaaaay. 25% is that magic number, and I’m 8% off. So, it’s really not outside the realm of possibility that there is in fact something going on there.) He did not feel, at this time, that Meniere’s was a probable cause. Something about changeable hearing and positional room-spinning vertigo. I’m glad that we can tentatively scratch that off the list.

Another helpful tidbit that he did reveal, though, was the location of my stroke. The damage did occur on the right side (where I have hearing problems and scored abnormally on the vestibular test), in the area of my brain that controls balance. Okay. So, that could actually explain why I’ve become very motion sensitive since my mini-stroke of two years ago. A possible explanation.

He also said that disembarkment syndrome was a possibility, especially given my sensitivity to motion, though it usually presents with “more severity” (really? I felt it was pretty severe at the time…) and does not “last as long as” my case did. (This is actually contrary to what I’ve read about that condition though, so I’m not so quick to rule that one out, even though he is technically the expert and I am not.)

As for my hearing loss… More tests. He felt there were two possible explanations for that (because stroke doesn’t usually explain it, and because I passed the vestibular test, which could also explain it), which can be confirmed by a CT scan. So, one more time, I will go in for tests. But seriously, guys, if this test is fine, I’m just done. And if it’s not, I may need surgery down the road if my hearing gets too bad. Evidently, my ear bones and drum are not responding properly — they are somewhat immobilized. (This explains why the loud screeching of my son is so incredibly painful in my right ear!! — my right ear has no reflexes.) There are two conditions that can cause this; they can be exacerbated by pregnancy, so as far as the timeline is concerned, they fit. They don’t cause dizziness, but they fit otherwise.

And how am I feeling? Pretty good, really. I haven’t had a lasting dizzy spell in about six weeks — no complaints there! I still have momentary dizziness, but it’s only momentary. My hearing is still not good in one ear, but God has placed numerous women in my life, whom I look up to, who have dealt with similar hearing loss, so that doesn’t concern me terribly. The popping and crackling sounds are annoying, but they come and go and typically don’t interfere with my life a whole lot.

Since I’m feeling good,  I’m just about ready to take these two months and wrap them up and put them away with a giant question mark on the bag, somewhere in the back of my mental closet, and not worry about them anymore. We’ve done ALL. the. tests. And nothing. Nothing. Dollars and dollars, and hours and hours later, nothing. I’ve thrown fistfuls of time and money at this health mystery, and I’m ready to be done with that. Again, I don’t want to sound ungrateful, because it is GOOD news that all my tests are “normal.” But, to have no answer for my episodes of vertigo is still slightly disconcerting. It’s troubling in terms of the future, though, I know in my heart that my future is secure in God’s hands. If he could save me from a stroke that I didn’t even realize I was having, then he can continue to carry me as we go forward. He’s got it. Sometimes faith is more important than answers. So we’ll just go with that.

2 Responses to To the Neurotologist