Into Sophie’s World: What is Apraxia? 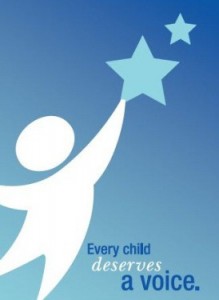 Prompted by several other pieces that I’ve seen floating around facebook in the last month, I thought that some informative posts about how to enter Sophie’s world might be helpful to those who know and love her. This is the first of those posts.

Many people are probably unclear on exactly what Sophie’s diagnosis means. She’s not mentally retarded; she’s not autistic; nor does she simply have a speech delay. Sophie has a speech disability known as apraxia.

Apraxia is a motor planning disorder. That means, Sophie’s brain cannot plan the necessary movements for speech. Her brain can’t tell her lips and her tongue how to move to make words come out. For some children, this is a sequencing problem. They can say “Ma” or “Bu” but saying “mama” or “butter” would be a challenge because of the combination of syllables. We’re not even to that point yet. Right now, Sophie’s mind has difficulty combining “mm” with “aa” to form “ma.”

However, this does not mean that Sophie doesn’t understand your words. She doesn’t need you to speak loudly or slowly. If you’ve interacted with her at all, you know that she is sharp as a tack. It’s important for people to understand that Sophie’s receptive language — what she understands — while perhaps minimally delayed, is not grossly delayed as her speech is. Her disability lies only in the lack of mental control over her mouth and tongue. The neurological channels that should be open and firing for her brain to move her mouth are, for whatever reason, not open and firing.

The remedy for apraxia is intensive speech therapy where, little by little, we teach her brain how to control her mouth and tongue. Of course, Sophie’s motor planning issue is compounded by the fact that she also has hypotonia, or low muscle tone. This is why Sophie often moves around with her mouth open and has sometimes even has trouble forming a smile. Her facial muscles are just slightly slacker than yours and mine. We definitely underestimate the amount of muscular strength and control required for speech, even for a closed mouth. It is very likely that Sophie will someday be able to speak normally. This is great news. The road to resolving apraxia can be a very long one. For some children it resolves after a few years of therapy and doesn’t create any lasting issues. For other children, the struggle will continue into their teen years, as if those years weren’t hard enough without a speech disorder.

Right now, Sophie’s road appears to be a long one. But, we are just starting out, so you never know how different things may look in a year from now. Just to give you an example of where she’s at, right now we are stoked because she is able to produce three consonant sounds intentionally and two vowel sounds intentionally. She is beginning to learn to blend those sounds together. There are so. many. sounds. to learn. It’s a long, slow process. But, we are in process and seeing actual progress for the first time ever, so we are excited. Currently, Sophie can say “up” and “bye bye.” Sweet, sweet speech.

At the heart level, I choose to take it one day at a time. I am ok with today. I am trusting God for tomorrow, and for those teen years down the road.

I hope this gives you a better understanding of what apraxia is and how we treat it. I’ll be writing more about the social aspects of dealing with apraxia in future posts.

5 Responses to Into Sophie’s World: What is Apraxia?