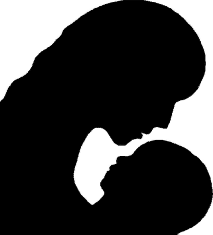 I find it very interesting that as we meet Mary the mother of Jesus in each of the gospels, the writers explain that Mary found favor in God’s eyes which is why she was chosen to be the mother of Jesus, God’s son. But when I think about the difficulties that Mary’s life surely contained because of her chosen role, I wonder if favor maybe doesn’t look just like what I have always thought it looked like.

When I think of favor, I think of something good, happy, successful, the desirable outcome, pleasant feelings, being liked or admired. I’m sure that Mary did experience many of those things. Even just from the perspective of a mother, I’m sure she did because of the joy of motherhood. There’s my idea of favor in her story to be sure.

But there are some other things that don’t seem to fit this idea of favor. For instance, the whole “conceived of the Holy Spirit” part of the story — this was surely rejected by some in Mary’s community as an excuse for improper conduct. Mary’s reputation must have suffered because of this “favor” that God bestowed upon her. In addition, she had to watch her own son be killed brutally at the young age of 33. I’m losing sight of the “favor” here. (Yes, I know there was a resurrection. But as she watched her son die, she didn’t know that for certain.)

I guess what I’m realizing is that when you find favor in God’s eyes, he chooses you for a special task, not an easy task, not a task that is always pleasant, but one that has eternal significance, one that is very dear to his heart. Maybe the path of favor does include pain and suffering. But maybe that’s an indicator of just how much favor you have in God’s eyes.

Many people (bless them) remind me often that God has chosen me and my husband specifically to be Sophie’s parents. My pastor likes to say, “special child, special parents.” Yet, I’ve often grieved the road that we have set before us, when the stress and frustration are through the roof, when the disappointment and the fear are real, when the questions are large and the progress is at a standstill. Oh, to be “normal” to have a “favorable” time with our young children. But maybe this difficult road is a sign of God’s favor. I’ve certainly never thought it was a sign of punishment; I know my Bible better than that. I have often viewed this as an opportunity for God to show his glory. But I’ve never looked at it as a sign of his favor.

Yet when I was reading about Mary finding favor in God’s eyes, knowing all the suffering that she walked through as the mother of Jesus, it was as if God whispered to my heart that he has found favor with me. I don’t share this to be boastful. I share it to encourage you. God has chosen you for the path set before you because of his favor for you. Favor doesn’t always mean success or happiness or ease as defined by this world. But it does mean that you and I are chosen. We caught God’s eye, and he decided, I’m going to use this one. Yes, she can do great things for my kingdom. There is eternal significance here in what I have for her to do.

It can be hard to see our significance from our vantage point here on earth. It’s like trying to see a movie on the big screen from the front row, looking through a straw. We catch glimpses of what’s going on, but the bigger picture can be hard to understand. I’m sure Mary must have felt that way at times in her life. Likewise, I can’t see yet how my story, how Sophie’s story, amounts to God’s favor or what he is going to accomplish in our family for his kingdom. But, even so, I choose the same response as Mary, whose eternal significance is now so evident, “I am the Lord’s servant. May it be to me as you have said.”

Comments Off on Favor