There’s something overwhelming in looking to a future that is dark with uncertainty and question marks. We move through life with such an unrealistic sense of certainty in what’s next. We have a plan. We imagine what 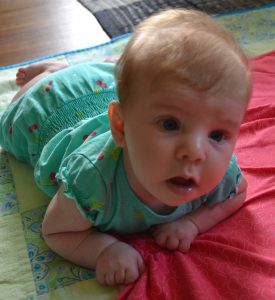 the next days, months, years may hold. We think we know. But there are moments, times, events in our lives where we realize with keen certainty that we do not know. Truly we don’t ever know what is coming down our path. But we think we know.

When Andrew and I got married almost 9 years ago, we thought we knew. We had a plan. When Sophie was born, we thought we knew. The future, ever uncertain, was envisioned with certainty. But when Sophie was four months old, she was diagnosed with an unspecified developmental delay, and that future we saw with such clarity was darkened into obscurity. Her future was uncertain, literally. 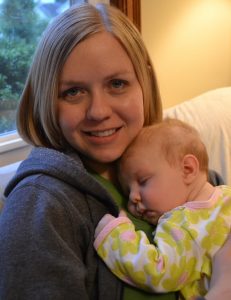 And God asked me to trust him. To place her in his hands. To put her future, our future, into his loving care. To accept, to embrace his plan. Four years later this month of June, I can say, he is fully worthy of our trust. He has got it. If we step forward into that uncertain, obscured place, we will find abundant blessing. In this journey of four years, I have found him to be entirely trustworthy. Entirely.

There’s a story that I love of one of the kings of Judah, Jehoshaphat, found in 2 Chronicles 20. Jehoshaphat learns that a vast and powerful army is preparing to attack his land. When he hears the news, the story says, “Alarmed, Jehoshaphat resolved to inquire of the Lord.” Jehoshaphat was surely alarmed to hear this news. We’ve all felt that moment of panic rising up in our chest, or that sinking feeling, the sting of tears in our eyes, the fear in our hearts, anxiety threatening to take over. That’s alarm. But, the very next action listed in Jehoshaphat’s story is “resolved” — “Jehoshaphat resolved to inquire of the Lord.” To resolve is to make a level headed, firm, unwavering decision. For me, it’s not usually the action that follows alarm. Usually alarm is followed by all those things I described above — fear, anxiety, tears, maybe anger, etc. But not Jehoshaphat. He feels the weight of the bad news, he feels the alarm, and then he chooses to bring the matter before the Lord.

One of the first things that Jehoshaphat does in his prayer to the Lord is to remind himself of who God is. He reminds himself that he serves the God who rules in heaven, who has all power and might, whom no one can stand against, who has aided his people at every turn in history and performed many miracles. I love that Jehoshaphat takes these moments to focus on who God is, because I think that this choice restores perspective.

The final statements of Jehoshaphat’s prayer mirror my own decision four years ago when we learned that Sophie could potentially have serious medical problems: “We will stand in your presence … and cry out to you in our distress… We do not know what to do, but our eyes are upon you.” Jehoshaphat chooses a position of standing, his confidence evident in his choice. He is not undone and weakened by the bad news he has just received. I wish I could say I never crumpled under the weight of our bad news, but that would be a lie. I know that I did. But, after I laid there awhile in my “alarm,” I finally found the courage to say “I do not know what to do, Lord, but my eyes are on you.” It came down to a choice really: fear or faith. Fear the question marks, or have faith that he had a good plan. My emotions wanted to run wild in those early days of Sophie’s diagnosis. But my mind and my soul resolved to trust the Lord. And so I made my choice. And I have never regretted it. 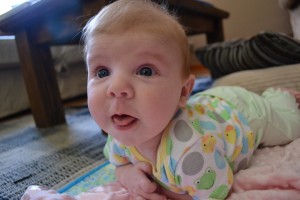 I cannot even begin to list the ways that we’ve been blessed on our journey with Sophie. Yes, there has been fear, anger, resistance, certainly. Acceptance has been a process. It always is. But what I want you to hear most in Sophie’s story right now, four years later, is that he is trustworthy. No matter how many question marks, how darkened your vision, how sharp the bend in the path of life, I say this: he is certainly trustworthy. He is more than able. If you resolve to trust him, to stand before him and cry out for help, to fix your eyes on him, he will be faithful and good. You will see it along the journey, and you will see it in breathtaking clarity as you look back from years down the road. 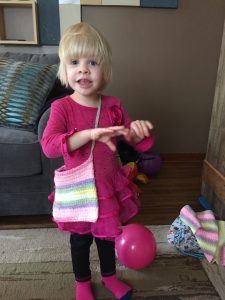 Choose faith. Move forward in faith. There’s nothing dark about the plan from his vantage point. It is the best plan. Believe it. Choose it. Walk in it, resolved, not alarmed.

**I’m including a link to a song that still brings me to tears, that helped me resolve to trust some four years back. Have a listen: Nichole Nordeman — “Someday” https://www.youtube.com/watch?v=bVx9FUQvpXw

Comments Off on Sophie’s Story: Four Years into our Journey